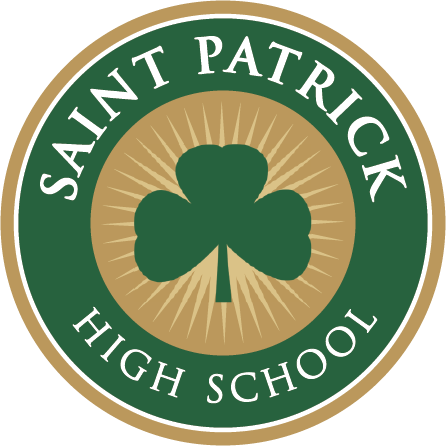 A NEW GENERATION OF SHAMROCK TRADITION

Saint Patrick High School was founded by the Christian Brothers in 1861, as Chicago was undergoing rapid growth. It served boys from the area in which it was located, Des Plaines and Adams Streets. Later, as the city continued to grow, industry developed around the school and the students came instead from more outlying areas and later from suburbs because their fathers were alumni of the school.

When the Eisenhower Expressway was under construction, the decision was made to move Saint Patrick High School to its present location in order to serve the needs of Catholic boys from the northwest side parishes. In June, 1952, the old Saint Patrick closed its doors, and in September, classes for its students started in the Saint Mel High School building with a special schedule of afternoon classes. Classes in the new Saint Patrick began in September 1953, although the building was not completely finished.  During the next three years, the demand for entrance into the school was great enough to require the construction of the circular building which was completed in September, 1956. The final construction of the swimming pool, handball court, and instruction rooms was completed in September, 1967. In 1991, due to the ever-increasing demand for technological advances, the top floor of the “round” building was reconfigured to accommodate a high-tech Computer Learning Center. It housed 120 computers and facilitated a network of over 300 internet-accessible computer stations that were used to integrate all areas of the curriculum.

The administrative structure changed in 1987 when the position of President was created.  The existence of a President/Principal style of leadership effectively addressed the needs of both students and the larger community.  In 1990, a board of trustee model was incorporated and adopted by the Christian Brothers. Currently, the board is comprised of men and women who represent various career backgrounds, and includes among its members representatives of the Christian Brothers and Saint Patrick alumni.

The Administration and Board of Trustees became instrumental forces in the strategic planning and development of the school’s first ever capital campaign, Vision 2000.  This 6.5 million-dollar building and program expansion project was completed in July, 2000, and includes the Lowell A. Stahl Cultural Centre, the James J. Barrett Center, the 299-seat Stahl Family Theatre, the Wallner/Kaulentis auxiliary gym, additional music and art facilities, and additional office space.

Saint Patrick High School throughout its history has remained an institution technologically advanced and highly competitive within all areas of the curriculum. Saint Patrick became the first Catholic school in the State of Illinois to form a STRIKER Robotics program and compete nationally.  In 2012, Saint Patrick became the first Catholic school in Chicago to implement an iPad program.  Shortly afterward, it formulated its 2020 Strategic Plan—a roadmap for innovation and excellence. To kick off the plan, 20,000 square feet of land on the northeast corner of Belmont and Austin was converted into the “Lasallian Garden”— an urban garden which beautifies the neighborhood and the campus, and provides additional green space. In 2015, the state-of-the-art Ettore L. Giovannetti Health and Wellness Center was constructed and unveiled. Finally, in 2016, the INCubatoredu Entrepreneurship Program was introduced to the students of Saint Patrick, complete with a new, custom-built “Entrepreneurship Room” designed to serve as a “think tank.” The school has also implemented a STEAM (Science, Technology, Engineering, Arts & Math) Program that strives to give all students increased opportunities by taking part in experiential learning, developing meaningful STEAM skills, and exposing students to opportunities that will prepare them to be innovators of a 21st century economy and world.

A REFRESHED BRAND AND MISSION

Under the third President in the school’s history, the administration developed the 2025 strategic plan including
a new mission statement to support the young men of Saint Patrick. At the beginning of 2022, Saint Patrick High School unveiled a rebrand to refresh and update its logos, colors, identity and much more. The new designs were created to modernize the look and feel of Saint Patrick while still honoring the school’s strong sense of tradition.  With the introduction of the rebrand came a building enhancement plan to upgrade the school and its facilities. In May 2022, the school announced a resurfacing of the existing turf field to provide students an opportunity to compete at the highest level while also engaging the community through athletic events and sponsorship opportunities. The enhancement plan also includes the repaving of both parking lots, new furniture for every classroom, landscaping improvements and many other cosmetic and structural upgrades.